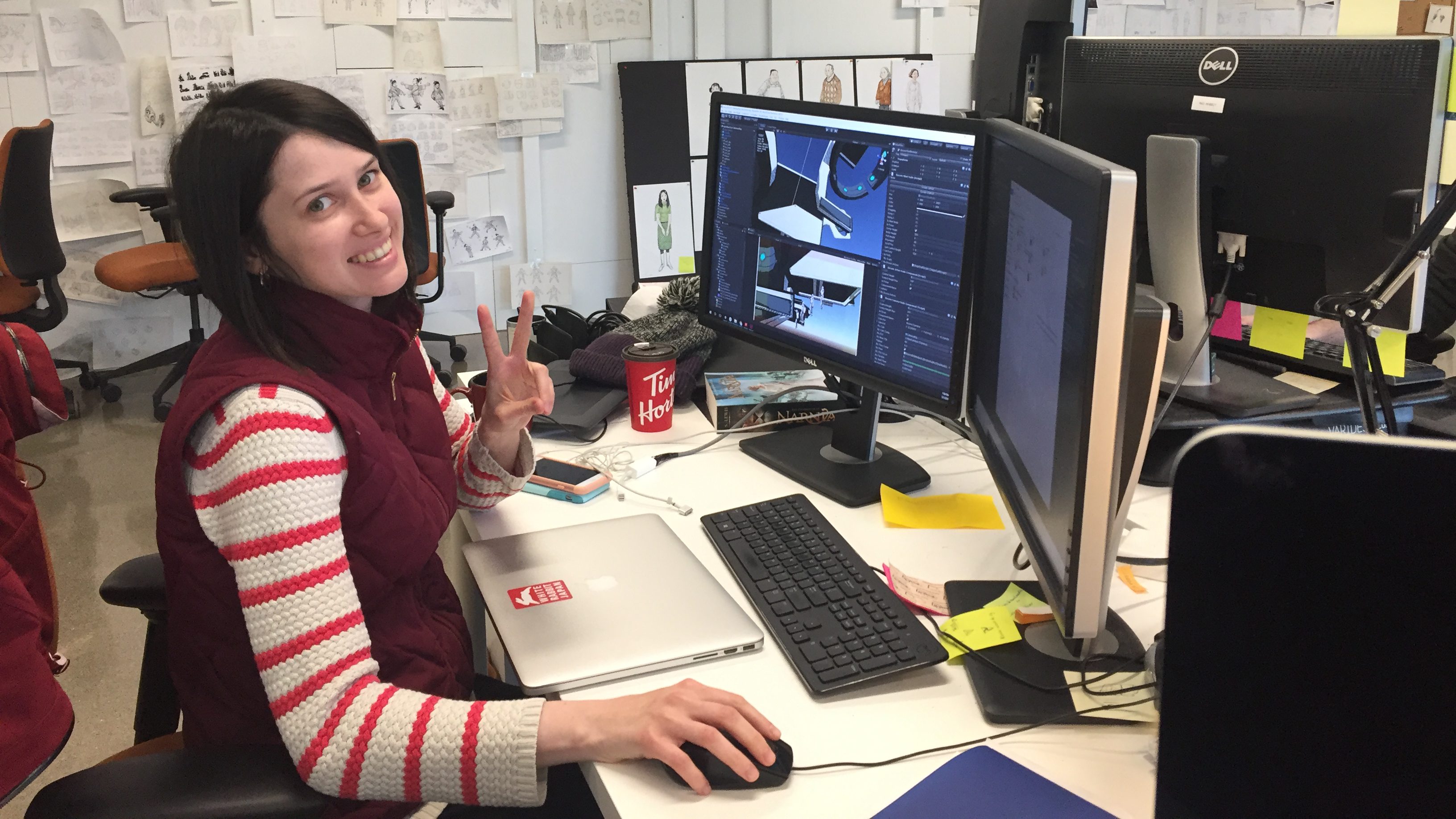 It’s day one of production, and Lina is excited to start the first ever scene. After nearly a year and a half of discussion, writing, planning and rewriting we are finally at the point where we get to tell the story. I’ve worked on games before, but generally they have been for some existing IP where the world has already been defined, or the gameplay is so simple there’s no story necessary. Numen is different. It takes place in another dimesion? Where there’s magic, that’s harnessed for machines. There’s 9 different unique races, 9 different power types, and a three and a half thousand year backstory (… more if you really start talking to Lina about it). It’s intense trying to fit together the story, and the gameplay while you are also in the process of making up characters, cities, gods, and physics and writing all the custom tools needed to generate comic assets from 3D. It’s been exhilerating and it’s been exhausting, and moving from pre-production to full production is both exciting and terrifying. You never feel like you’re ready to start, there’s still a lot of unanswered questions, and so much more to create. But we are diving in head first, hoping to create something new. Hoping people will love playing it as much as we like making it!