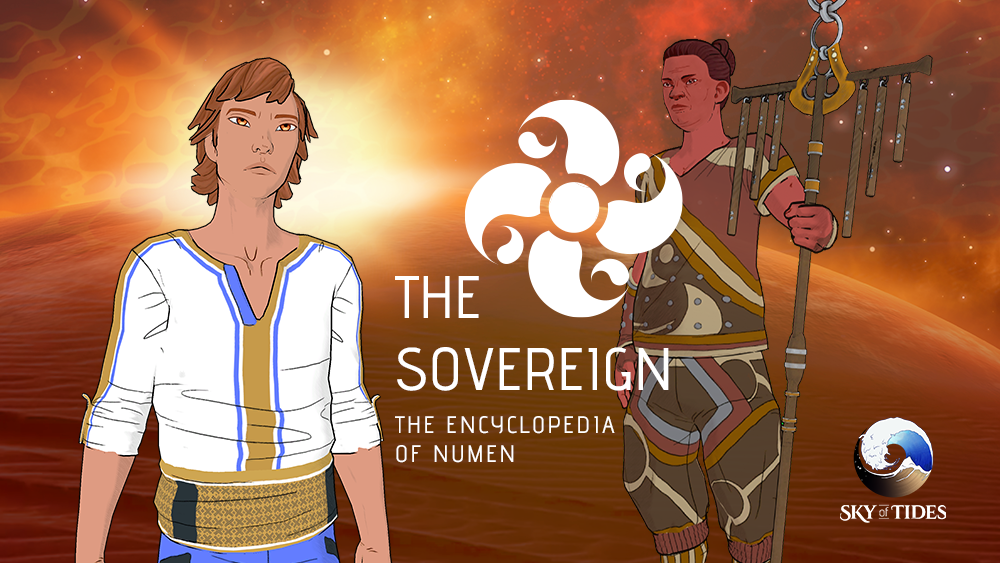 The Sovereign side believes they can restore the planet through the wisdoms recorded in the ancient Numen Tomes. The Sovereign comprises the kingdoms of Rhodon, Emrel, Chryos and Celestos. All these kingdoms are ruled by royal families in some form of monarchy that is ordained by the divine.

The Kings or Queens had a long standing tradition on Numen to be chosen through the Archetypa Sovereign blessing. When the Archetypa first come at the beginning of each great cycle, they lay down the Laws of Sovereigns—code of conduct for leaders of their kingdoms. The chosen Kings or Queens are blessed with an extra metaphysical ability, which differs from Kingdom to Kingdom.

Breaking the laws results in subsequent loss of Sovereign Blessing, followed by riots, revolutions and removal of the monarch. Then a new one is chosen through the Archetypa. The Sovereign states have continued with this long standing tradition for ruling their kingdoms

The Sovereign Isles oppose the Syndicate way of life, limiting the use of corron in their territories with many of them not allowing Summit Cities to be built within their borders. They are strong militarily and lead by the kingdom of Rhodon—fearless leaders whose culture aligned closest out of the nine nations with the Goddess Numen. They value traditional ways of life even though their societies have been forced to modernize to keep up with the Syndicate.

Visit the Sky of Tides blog regularly as we unravel the mysterious world of Numen. You can add Sky of Tides to your Steam wishlist and subscribe to the mailing list to get notifications about Early Access and the release of the game.